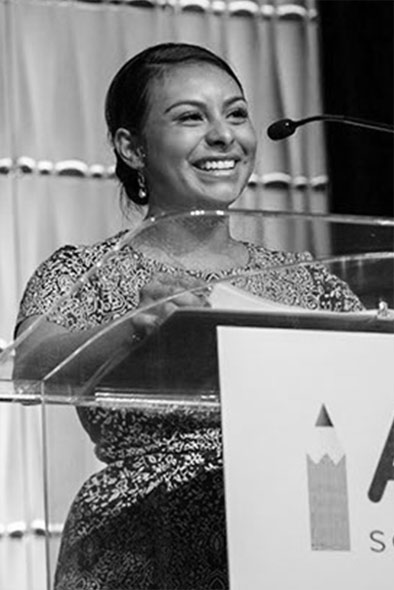 While growing-up, Favianna and her brother lived alone with their mother. But they had a large loving and supportive extended family, including Favianna’s father. Together, the family instilled confidence and belief in her.

And so while Favianna grew up believing she could be anything she wanted, and hoped to one day go to college, the truth is the local public schools in their neighborhood were not preparing her for the road ahead.

Unfortunately, private school was financially out of reach. But then she and her family found out about ACE. And with ACE, Favianna was able to attend a private school where she excelled. Then, as life sometimes does, things got messy. Favianna’s father unexpectedly passed away. But Favianna persisted, taking only one week off of school and graduating on time with her classmates.

And today, thanks to the belief her family instilled in her and the great private school education she received, Favianna continues to pursue her dreams, studying Broadcast Journalism at Metropolitan State University in Denver with hopes of one day being a television news anchor.

Something tells us that dad would be proud.